One of the most popular cities in Rajasthan, Udaipur is quite famous for its lakes and palaces. Known as ‘Jewel of Mewar’, this city was founded by Maharana Udai Singh in 1553, on the banks of Lake Pichola. Claimed as the most romantic city of the royal state of Rajasthan, it is one of the prime destinations of the week-long journey of the Palace on Wheels. Udaipur boasts of picturesque locations and scenic surroundings offering an amazing vacation option for discerning travellers. Today, it is a perfect mix of old-world charm and contemporary attractions.

The history of the palace is tied to that of the Mewar kingdom, which had reached its heights near the territory of Nagda. The kingdom's founder was Guhil, who established the Maharana dominance in the year 568 AD. Subsequently, his successor Maharana Uday Singh II inherited the Mewar kingdom at Chittor in 1537, but the threat of losing control of the kingdom to the Mughals compelled him to move the capital to a region near Lake Pichola. Flanked by forests, lakes and the mighty Aravalli Hills, the new city of Udaipur was safe from invaders and went on to build the palace on the advice of a hermit. The first structure to be built here was the 'Rai Angan', from where on the construction of the complex was taken up with full vigour and finally completed in the year 1559. However, many changes were made to the then existing structure, which were spread over a period of 400 years. Rulers such as Udai Singh II added a few structures here, including 11 small separate palaces. Upon the Maharaja's death, his son Maharana Pratap succeeded him but was unfortunately defeated by Akbar at the Battle of Haldighati. Udaipur was overtaken by the Mughals but was returned to Maharana Pratap's son after Akbar's death. The increasing offences by the Marathas forced Maharana Bhim Singh to sign a treaty with the British, accepting their protection. The palace was under their control until Indian independence in 1947 and the Mewar Kingdom was merged with democratic India in 1949. The palace is opens at 9:00 am & closes at 4:30 pm.

Jagdish Temple is a large Hindu temple in the middle of Udaipur in Rajasthan. A big tourist attraction, the temple was originally called the temple of Jagannath Rai but is now called Jagdish-ji. Located 150m north of the palace in Indo-Aryan architectural style, the temple is dedicated to Lord Vishnu. The temple walls and the shikara or tower are decorated with carvings of Vishnu, scenes from Lord Krishna’s life and figurines of nymphs or apsaras. The street square, where the temple is located, is also known as Jagdish Chowk from where several roads radiate in different directions.

A small lake surrounded with beautiful, structured and precisely manicured garden with fountains and beautiful rocks. A rock and fountain garden and the sunset point from which one can enjoy the sunset view in Lake Pichhola and a panoramic view of the old city. Also one can enjoy the Aerial tramway (rope way) which connects one of the dudh talai gardens to Karni Mata temple.

Built by Maharana Bhopal Singh. Saheliyon ki Bari means Garden of the Maids. This garden area lies in northern part of the city and has fountains and kiosks, a lotus pool and marble elephants. Each water channel has its distinct sound and the mingling of these sounds complement the ambience of the place. There is also a small museum here. Sahelion Ki Bari' was laid for a group of forty-eight young women attendants who accompanied a princess to Udaipur as part of her dowry.

Fateh Sagar Lake is the second artificial lake of Udaipur, the first being Jaisamand lake. Located in the north of Lake Pichola, Fateh Sagar Lake lies just besides the entrance to Moti Magri Hill. Built in 1678 by Maharana Jai Singh, Fateh Sagar Lake got its name from Maharana Fateh Singh, who later made additions to it. Talking about the statistics of Fateh Sagar, the lake extends to the length of 2.4 km, 1.6 km. in width and deep to the extent of 11.5 meter. During the monsoons, the lake covers the total area of around 1 sq km. Fateh Sagar Lake is well-planned with three intake channels and an overflow channel that is usually brought into play in the rainy season. Fateh Sagar Lake is embellished by three small islands, which can be reached by taking a boat ride in the lake. The largest island of the lake is developed into a park by the name of Nehru Park. The garden comprises a boat-shaped restaurant and a small zoo for children. This island park is the favorite picnic spot of Udaipur dwellers. The second island is converted into a public park with brilliant water-jet fountains by the Government of Rajasthan. The third island addresses Udaipur Solar Observatory, which is the best solar observing site in Asia. Fateh Sagar Lake is quiet place where people usually come for relaxation and to lighten up amidst the serene waters of the lake. From the bottom of Moti Magri Hill, you can hire pedal boats or motor boats as per your convenience to enjoy a boat ride in the lake.

Bhartiya lok Kala mandal was founded by Padma Shri devi lal samar in 1952. The main objective of the Institute is to conduct studies on the folk art, songs and festivals of regions like Rajasthan, Gujarat, Madhya Pradesh etc and to revive a vanishing folk culture. The institute has a puppet unit that trains children, teachers and other artists in the art of puppetry, as this is a very powerful non-conventional educative medium. It also boasts of regular performances that are a feast to behold. A group of 25 artists go on tour, both within India and abroad with a repertoire of puppet-shows and various folk dances. Their performances have brought the Institute a number of honours on a national and international level.

HOW TO REACH UDAIPUR

By Road: The roads are smooth and link Udaipur to various major cities of India such as Delhi, Jaipur, Chittrogarh, Ahmedabad, Ajmer, Indore, Kota, Mount Abu and Mumbai. Thus, there are bus services to and from Gujarat, Delhi and major cities of Rajasthan that end at the bus terminal, 2 km from the railway station. By Air: Udaipur has a good network of air services linking it to from New Delhi, Jaipur, Jodhpur, Ahmedabad, Aurangabad and Mumbai. Nearest airport is Dabok Airport, which is 20 km from the city centre. By Rail: It is well connected to and from all the major cities of India such as Chittrogarh, Ajmer, Jaipur and Delhi by trains. Palace On Wheels is a major attraction of course. The railway station is 4 km from the heart of the city. 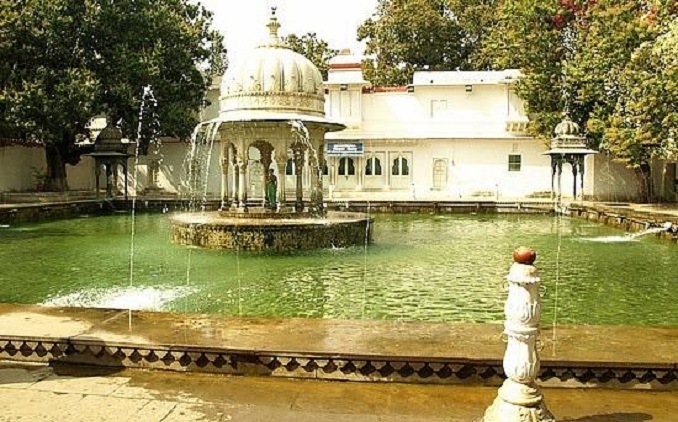 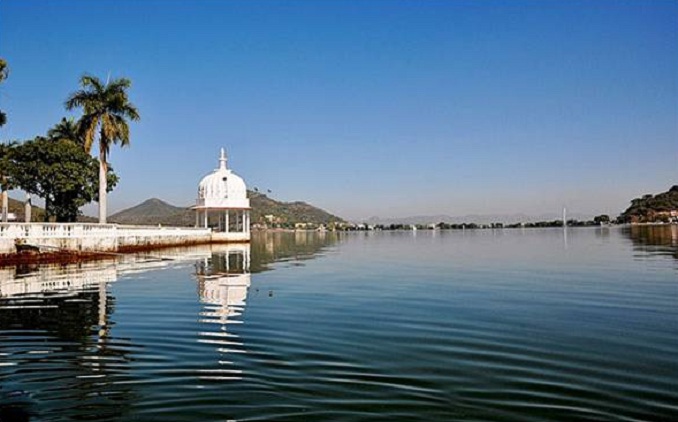 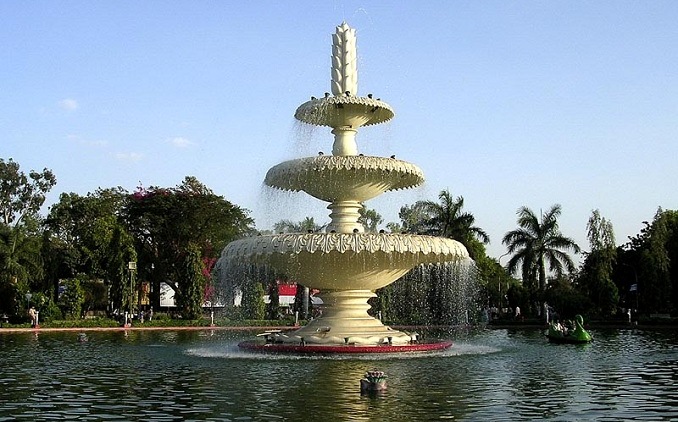 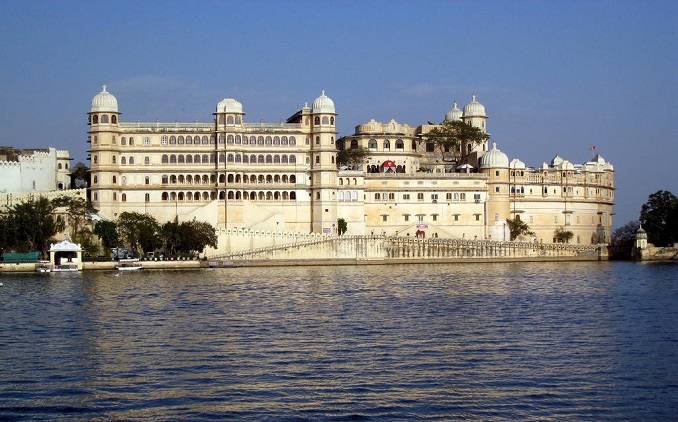 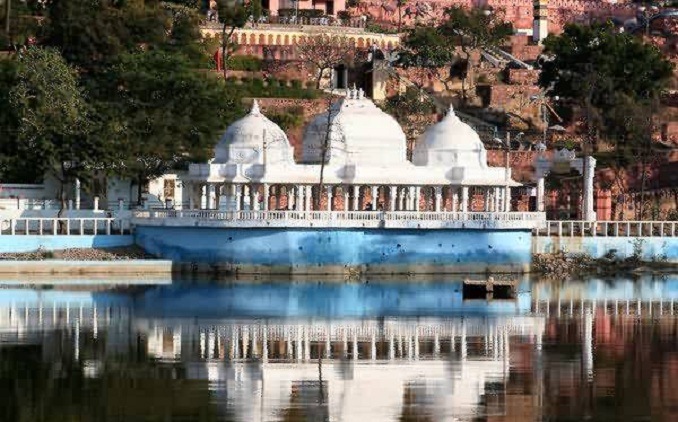 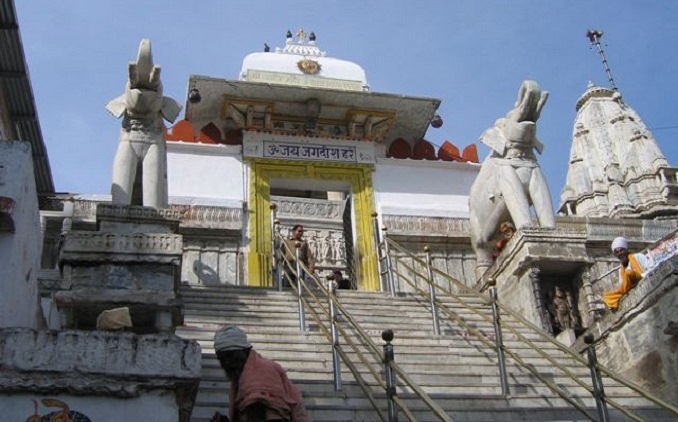 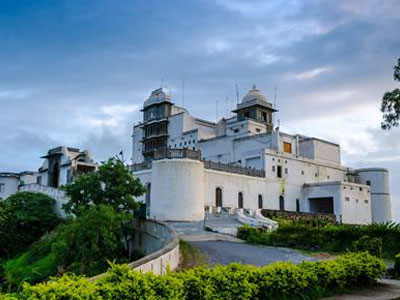