The Golden City of Jaisalmer in Rajasthan is simply unmatched. It was the part of the famous Silk Route during the days of yore. The splendid Jaisalmer Fort stands proudly on its land and narrates the stories of the valor and chivalry of the Rajput rulers. Jaisalmer still retains its medieval charm, which is evident in its colorful narrow streets, splendid forts and palaces of Rajasthan, opulent havelis and bazaars.
More Enquiry

Jaisalmer Fort locally known as Sonar Quila is one of the largest forts in the world located in Jaisalmer City in Rajasthan, India. It was built in 1156 AD by the Bhati Rajput ruler Rao Jaisal, from where it originates its name. This fort is popularly known as the 'Sone Ka Quila (Golden Fort)' by the local people and is one of the most magnificent monuments in the city of Jaisalmer. The fort is standing proudly in the middle of the unending golden sands of Thar Desert, Jaisalmer fort is one of the most prominent tourist attractions of Jaisalmer.

Rising like a sunbeam from the golden sands of the desert, Jaisalmer Fort is the second oldest fort of Rajasthan. A sight to behold, this living fort is one of the marvels of Rajasthani Architecture, especially of the stone carver's art.

Evoking a vision of chivalry and valor, these havelis were built by wealthy merchants. Famous for their intricately- carved facades, the workmanship of Jaisalmer's Havelis present a beautiful amalgam of Rajput architecture and Islamic art. Some of the famous havelis of Jaisalmer are:

Unusaual and mystic! It is a Salim Singh ki Haveli. The top most storeys of this haveli are destroyed yet the surviving structure has peerless grandeur. You indeed would be enticed with the intricate workmanship and designed Jharokhas.

Patwaon Ki Haveli is another dimension to the Jaisalmer havelis. It is a five storey edifice which was constructed in 1800 AD and 1860 AD. This is the largest of its kind and is one of the grandest mansion in Jaisalmer.

Nathumal Ki Haveli is two identical looking portions which are combined by a common facade. The projected balconies are the sheer example of Jeweller's art applied to stone carvings.

The origin of this artificial water tank dates back to 1156 AD. Surrounded by small temples and shrines, it also gives a view of the exquisite archway, Teelon ki Pol - one of the main entrances to the lake and the city.

Located at a distance of 40 kms from Jaisalmer, Desert National park is a perfect example of unusual ecological bio diversity. Thar desert is the teeming with wildlife and have some resident species which include Chinkara, Hare Desert fox, black buck, wolf and desert cat. Bada Bagh This is a 300 year old Jaisalmer Haveli. It has a beautiful blue cupola roof with carved brackets in the form of peacocks. This is an amazing mansions in yellow stone and has an amazing projecting balcony on the top storey.

The Desert Festival is one of the most popular cultural events on the annual festival calendar of Rajasthan. The colorful event is held every year at Jaisalmer in the months of January/February. The festival is a showcase of the performing arts and crafts of Rajasthan. The melodious tunes and rhythms of the folk musicians and amazing folk dance performances by renowned artists create a spellbound effect on spectators. The event is organized on the famous golden sand dunes at Sam near Jaisalmer. Colorful craft bazaars set up for the occasion are an added attraction of the festival.

HOW TO REACH JAISALMER 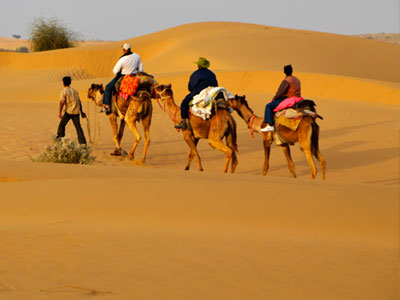 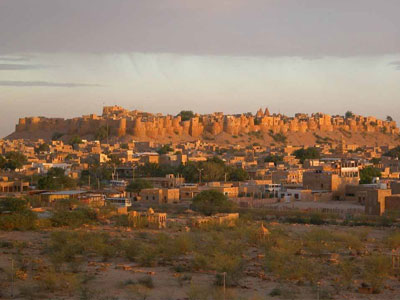 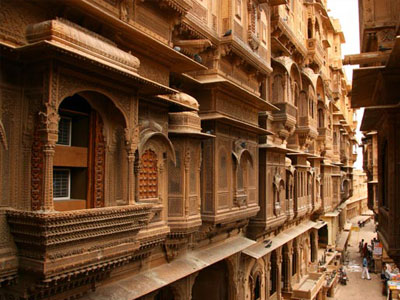 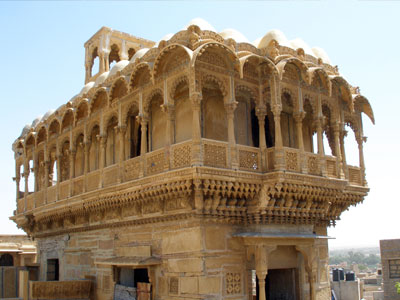 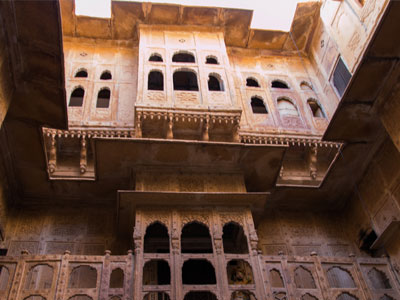 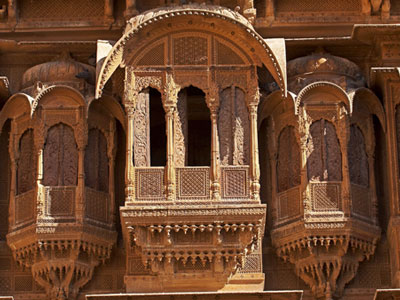 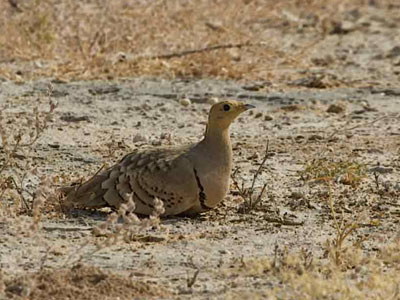 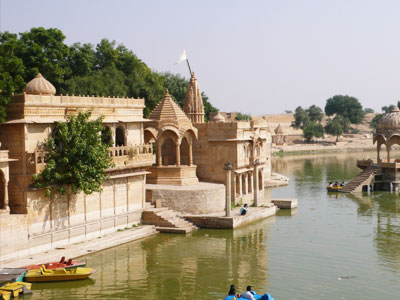